Interacting with "Hold Me Tight" by Dr. Sue Johnson - Ch. 2 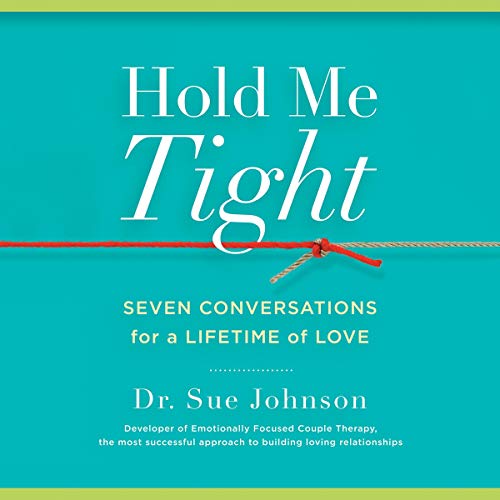 This post is Part Three of our review of Dr. Sue Johnson's marriage book "Hold Me Tight." You can find the original post HERE, or search the tag "Hold Me Tight" to see the entire series.

By the time a couple agrees to pick up the phone and schedule time with a counselor, it's a safe bet that the relationship has arrived at an increasingly sensitive state. Unfortunately, our culture generally places a high value on privacy and not "airing our dirty laundry." Too often, this leaves husbands and wives in a cycle that begins to spin out of control without the available tools to slow the pace.

Quite often, couples will identify a "lack of communication" as a root cause for the condition in which they find themselves. While there may be a vacuum of good communication between them (and we certainly want to bring help to that), I find that, quite often, this issue is symptomatic of still other precipitating conditions. As is usually the case, asking good, probitive questions helps the couple think critically about the state of their marital covenant, and the role they've played as individuals in any ongoing struggles.

In Chapter Two of "Hold Me Tight," Sue Johnson rightly calls her reader to dig deeper, to not be satisfied with surface understandings of marital dysfunction. She writes, "Until we address the fundamental need for connection and the fear of losing it, the standard techniques, such as learning problem-solving or communication skills, examining childhood hurts, or taking time-outs, are misguided and ineffectual" (34-35).

If we stop to think about it, we might agree that two people can be well versed in the latest communication techniques, have been well-counseled in their past traumas, and have regualrly scheduled times for self-care, yet find themselves in a life-less, loveless marriage in which they lack emotional-spiritual connectivity to their spouse. In short, talking nicely to one another, while helpful and recommended, may not be the key to a wonderful marriage, as is often assumed.

Accordoing to Johnson, "The standard remedies do not address yearnings for or threats to safe emotional connection" (35).

On the one hand, wisdom would seem to suggest, for example, that doing the hard work of healing from childhood trauma would be antecedent and necessary to building a strong marriage relationship. Sexual abuse as a child may well be reverberating years later within the confines of married life. Naturally, we want to bring help and hope for healing to those who are survivors of these tragedies (and hope indeed exists).

Still, it is not the case that those with past traumas cannot have a connected marital relationship until they accomplish years of counseling, and attain a certain level of not-well-defined freedom from these past hurts. This is an example of the type of artifical limitation often placed on struggling couples, even if with the best of intentions. Counseling past trauma may well be a lenghty undertaking. What is a married couples hope in the meantime?

For those who are facing high levels of marital dysfunction, it is easy to identify specific moments of conflict as examples of "what's wrong with us," and fall into the trap of an emotional game that Johnson calls, "Find the Bad Guy." Those of us who come alongside these couples must resist the gravitational pull of being sucked into every such example, but exhort the parties to look beyond what lay on the surface, to precipitating issues that provided the fertile soil of conflict.

Johnson suggests that struggling relationships are not created by the in-fighting, but by an ongoing decrease in emotional-spiritual attachment between husband and wife. As Christians, we might suggest that the "one-flesh" nature of the covenantal bond is suffering (Gen. 2:24). Johnson writes:

When marriages fail, it is not increasing conflict that is the cause. It is decreasing affection and emotional responsiveness, according to a landmark study by Ted Huston of the University of Texas. Indeed, the lack of emotional responsiveness rather than the level of conflict is the best predictor of how solid a marriage will be five years into it. The demise of marriages begins with a growing absence of responsive initimate interactions. The conflict comes later (38).

To summarize Johnson, let's consider how our marital conflicts are the result of (the fruit of) precipitating conditions that include declining levels of felt attachment between husband and wife. Then, we can begin to examine how those levels began to decline in relation to how Scripture calls married couples to move in love for and toward one another (i.e., Phil. 2:3).

Emotional responsiveness and affection between two married sinners, as Scripture will teach us, are the fruit of lives lived, deliberately and intentionally, for the glory of God and love of neighbor.

When evaluating your marriage relationship, how do you tend to pass judgment based on examples of recent conflict, versus discussion that seeks to understand the conditions that gave rise to conflict?

When we think about "root versus fruit discussions," where do you and your spouse generally locate your arguments (root or fruit?), and what difference would adjustments here make? (See Matt. 23:25 for consideration.)