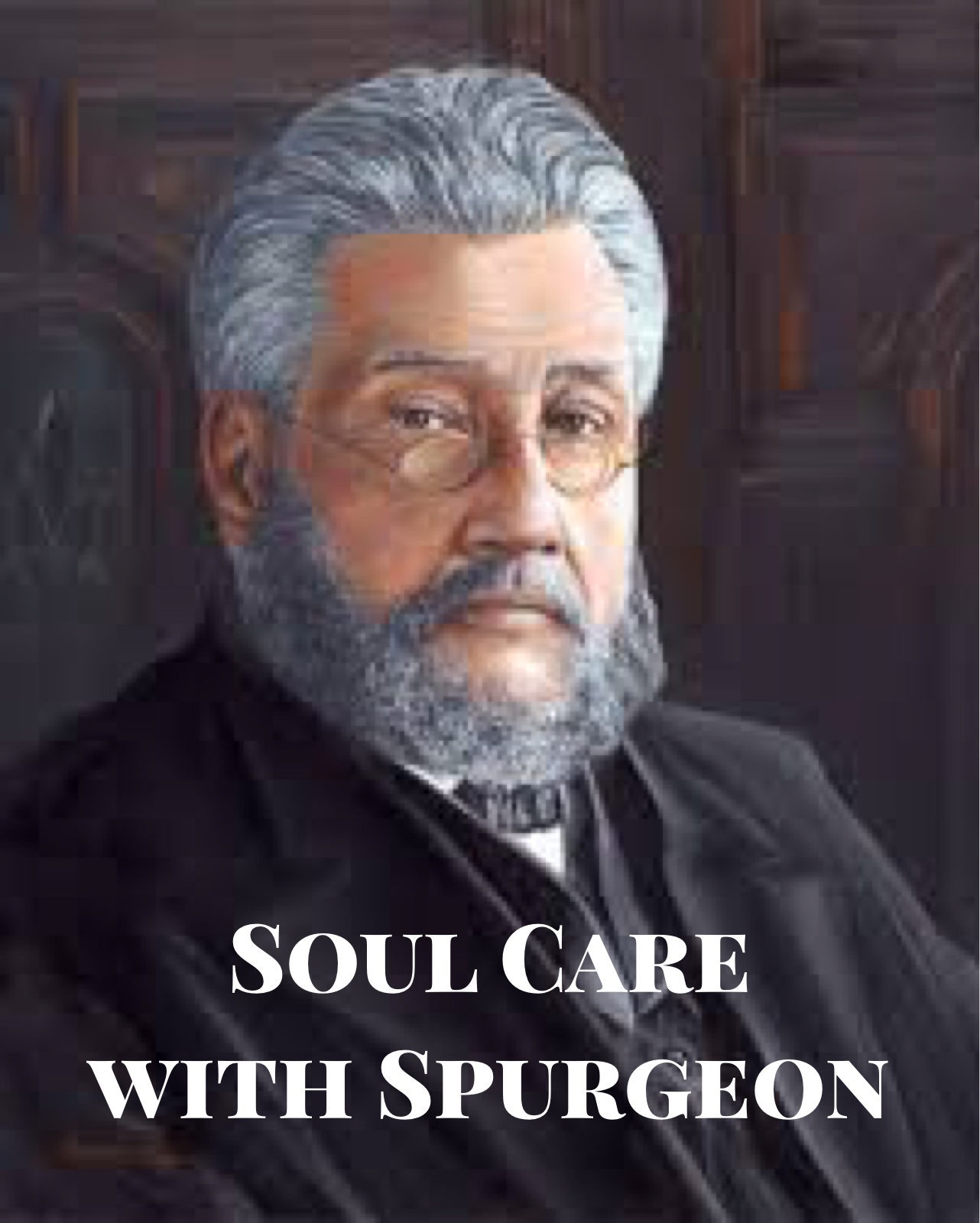 This post is the first in a new series that we hope will be of great interest to many. Our intent is to share with our readers portions of the great sermons preached by the "Prince of Preachers," Charles Spurgeon, along with some others from time to time, and connect their words to the many soul care issues we face today.

Why Spurgeon? Aside from his legendary way with preaching and words, it is widely held that Spurgeon himself struggled mightily with symptoms of "catastrophic guilt" and depression after a prankster yelled "fire" one night while he was preaching to a packed house. Many were hurt, and some died as a result of the ensuing panic. The young, twenty-two year old Spurgeon was devastated, and dealt with the aftermath for many years follwing.

The word of God is indeed sufficient for what ails man, and the best of its preaching delivers to us doses of unparalleled heart-level hope for healing in the midst of all forms of sin, suffering, and their effects. We hope you'll be encouraged as you read and engage with these posts.

On the Lord's Day morning of February 28, 1858, at the Music Hall, Royal Surrey Gardens, Charles Spurgeon preached what it is referred to as Sermon 181. Spurgeon's topic, most specifically, was the doctrine of "particular redemption."

This doctrine, largely associated with Reformed soteriology (i.e. doctrine of salvation), is considered controversial in some circles. Whatever one's take on the matter, however, Spurgeon, in this sermon, unquestionably preached the inglorious gravity of human sin, and the hope-restoring truth of Christ's redemptive work on the cross.

For counselees who find themselves struggling against the guilt of besetting sin, or the shame of days gone by, the need to have the glory of biblical redemption by grace alone, through faith alone, in Christ alone impressed upon their souls cannot be overstated. To this end, Spurgeon took an interesting first step. He taught them to measure their redemption in Christ by their own sin:

Ye, who have been washed and cleansed and sanctified, pause for a moment and look back at the former state of your ignorance—the sins in which you indulged, the crimes into which you were hurried, the continual rebellion against God in which it was your habit to live.

Our Guilt and Heaven's Majesty

One of the most common, and natural, results of our sinful deeds are the emotions that follow--if we're truly following the Lord, that is. By "truly," I don't mean that manner of Christian living that has someone trying "really hard" to follow Jesus by white-knuckling their way through life. Instead, I'm simply referring to the actual presence of saving faith in Christ.

The Scriptures teach us that there is a far cry between the sorrow of a non-Christian over sin (indeed, it will not be recognized as such), and that of a Christ-follower, who knows that their sin is ultimately against their heavely Father (Psalm 51:4; 2 Cor. 7:10). Spurgeon, in his sermon, instructed his congregation:

One sin can ruin a soul forever; it is not in the power of the human mind to grasp the infinity of evil that slumbereth in the bowels of one solitary sin. There is a very infinity of guilt couched in one transgression against the majesty of heaven.

Spurgeon then makes this astounding followup statement to help his audience measure the heigth of redemption by the depth of their sin:

If, then, you and I had sinned but once, nothing but an atonement infinite in value could ever have washed away the sin and made satisfaction for it.

Shocking to the soul that is learning to measure Christ's redemption by its own sin is the efficacy of this "infinite atonement." Christ purchased sinners at the cost of his own sinless, holy blood. This is "the Great Exchange." On the one hand, the measuring of sin's depth brings a weightiness that we cannot bear. On the other hand, we are finally and with certainty raised to walk in the newness of the life that we inherit as adopted heirs of the triumphant Son.

In Sermon 181, titled "Particular Redemption," Spurgeon did his congregation a great service. He did not assuage their consciences with religious platitudes, or caress their felt need of better self-esteem (a la the modern evangelical church). Instead, he essentially followed the pattern set forth in Hercules Collins's "Orthodox Catechism," patterned after the "Heidelberg Catechism," of "guilt, grace, and grattitude."

Stated differently, Spuregon began his sermon by reminding his church of their original relationship with God according to the law, in preparation for leading them to restored hope in the Gospel. This pattern of preaching and discipleship is the biblical model, and offers us a sure rock upon which to stand in biblical counseling.

But, Spurgeon didn't end with "measure your sin" in teaching his church about the magnitude of their redemption in Christ. There was more to come. We'll cover the next portion next time. For now, here's a final word from Charles to those who take offense at the mere mention of sin, and certainly, of the scandal of the depravity of man:

Do you accuse me of slandering human nature? It is because you know it not. If God had once manifested your heart to yourself, you would bear me witness that, so far from exaggerating, my poor words fail to describe the desperateness of our evil.

How does the thought of measuring your own sin create in you an awareness of your own moral depravity apart from Christ, and a thirst for the living water only he can provide?